The question that guided my overall investigation was how does social media affect society.
In the beginning of the year my original thought process was to investigate pop culture. As I began to brainstorm my ideas I soon realized that all of my ideas surrounded a common theme, social media. Because I am a teen in the 21st century my life has been greatly affected by technology and social platforms. Many time throughout working on a piece I would think of an idea and it would evolve into a much more specic issue that most people can relate to. For example in my second slide I wanted to show the feeling that FOMO (the fear of missing out) bringing, but as I progressed it made more sense to show the anxiety that those text bubbles bring.I also feel as though even when I tried to try ideas that were more outside of my investigation they always found a way to t. Revision was a very big part in this whole process because of my constant change of idea routes that I wanted to take. One example would be in my third slide, due to the fact that I did this piece two different times but did not feel as though the rst one clearly showed my message; so I revised it in multiple ways. 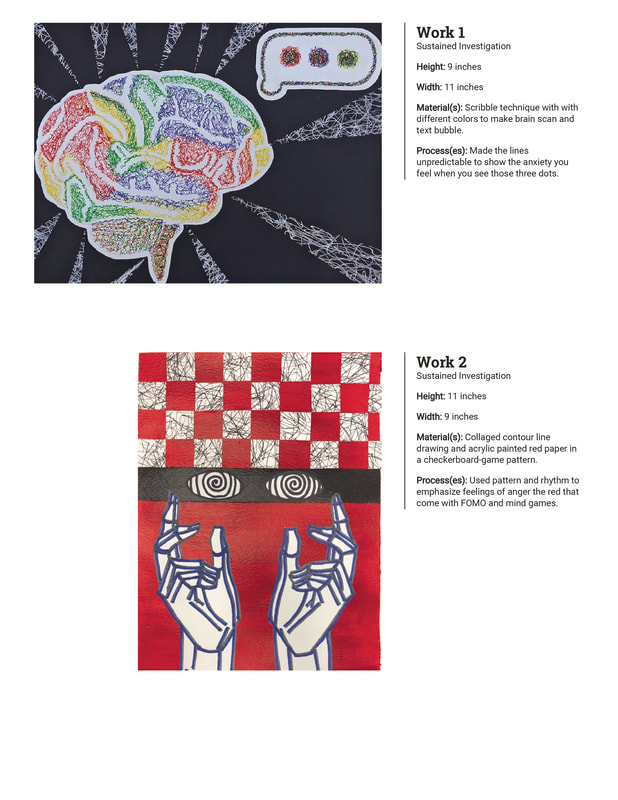 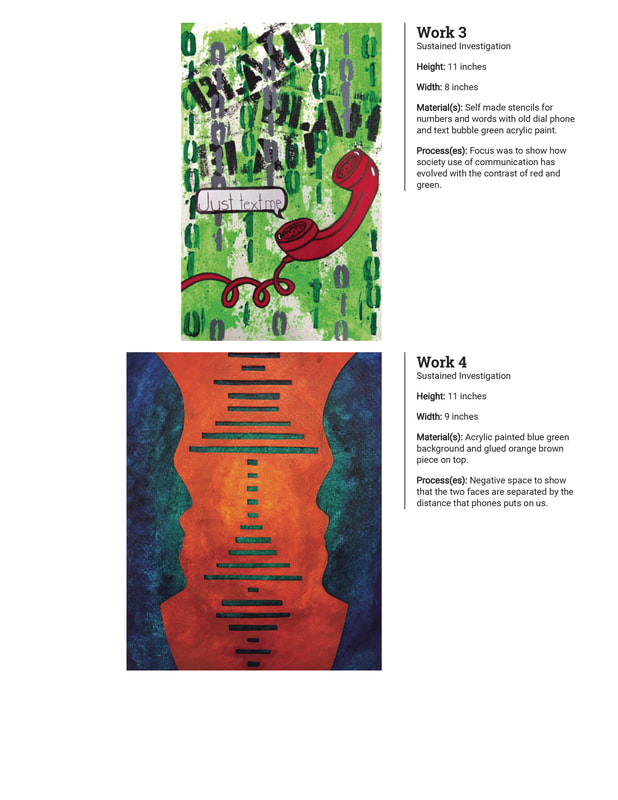 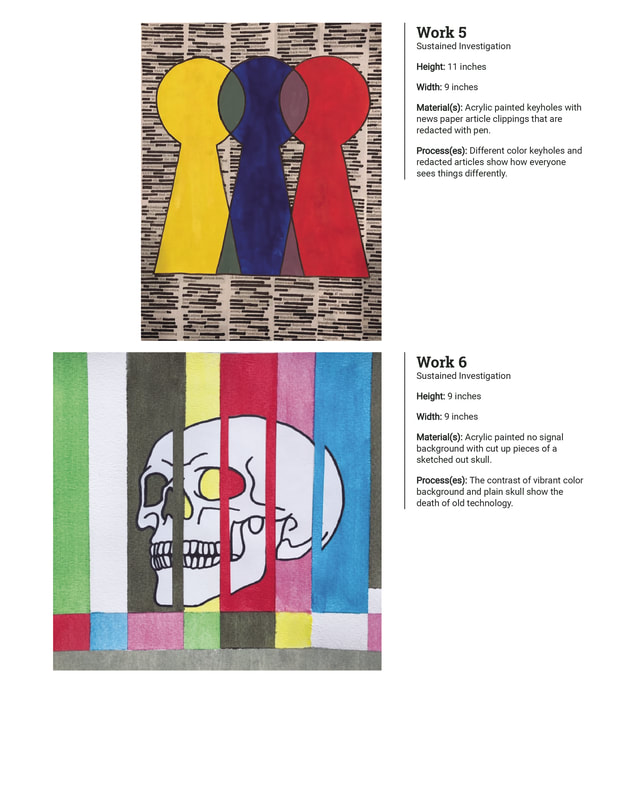 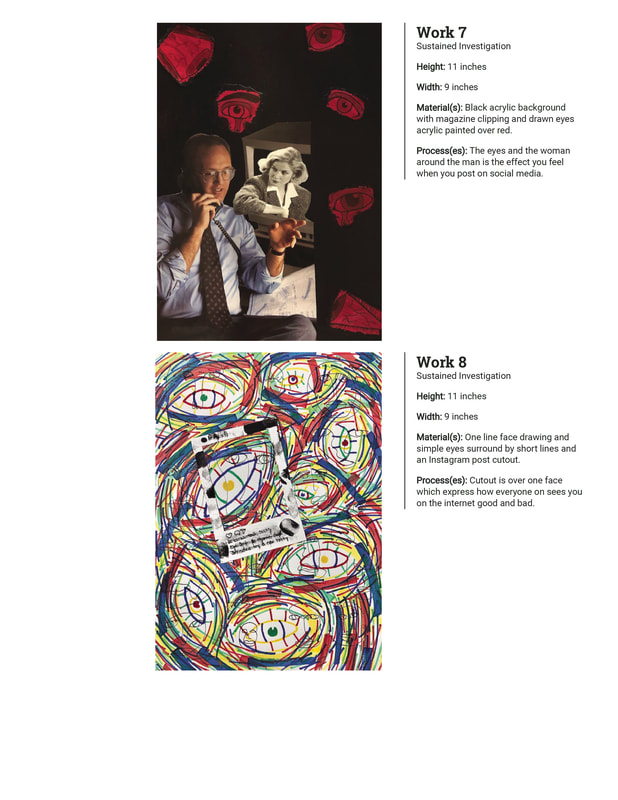 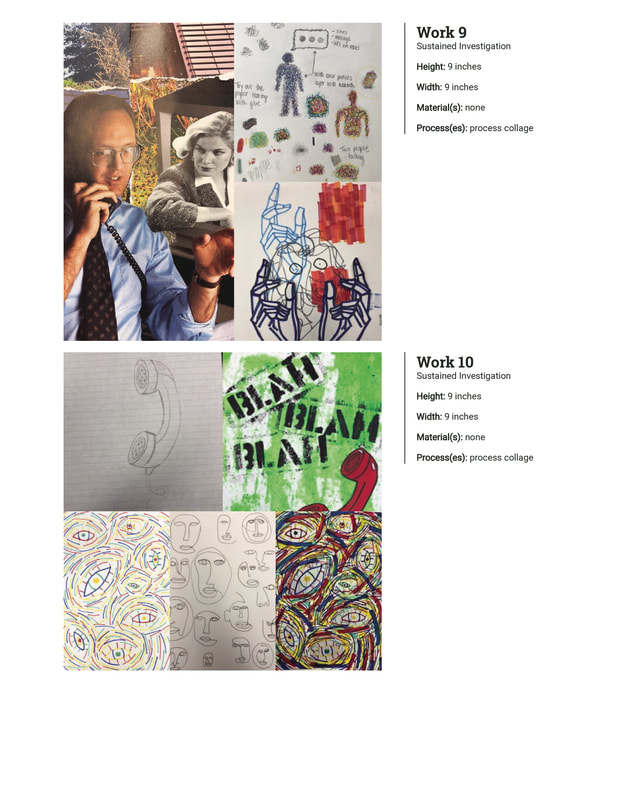